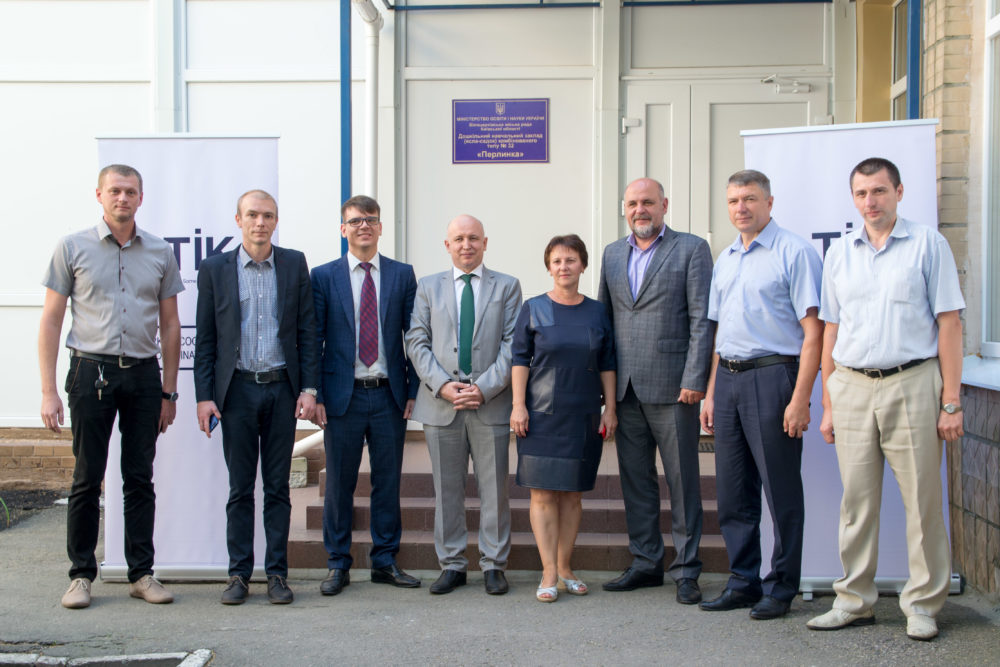 Kindergarten №32 in Bila Tserkva is just one of the few in the city that was fully modified into an energy efficient. 39 windows, 4 glass-stained windows and entrance zone were replaced in a building. So no more worries about freezing in winter for kids and the whole kindergarten team.

Director of NGO GoLOCAL Igor Komendo attended the official opening of the renewed garden and shared his impressions:

“The old windows in all the kindergarten, glass-stained windows, and the entrance – were the main reason, why the building was cooling. Everyone knows that little children are getting sick more often and it is a normal process of immune development. But when the room temperature is just +5C degrees in winter – the situation becomes critical. Insulation of buildings is very relevant to our current realities; probably every Ukrainian family has experienced some problems during the “heating season”. Therefore, GoLOCAL team was planning to solve this problem a while ago. Being aware of the critical situation at the “Little Pearl”, we have simply made the first step and began to implement this idea.

With the support of our partners that are present here today – the Turkish Agency for International Cooperation, all 39 windows, 4 huge glass stained glass windows, and the whole entrance zone were replaced for energy saving ones. Now the temperature in a whole building corresponds to the sanitary norms and does not harm the health of the pupils and teachers”.

Igor Komendo also noted that the renovation will also save significant local budget funds during the heating seasons.

“I’ve already mentioned the GoLOCAL energy-saving strategy in Bila Tserkva, so I want to share with you another good news. This spring a large-scale project of street lighting modernization was launched in a city thanks to the credit funds provided by the corporation NEFCO. In addition, a month ago a decision was made to start a huge heat network renovation in partnership with the USAID Foundation. In both cases, it was our team who provided the municipality with consultations in preparing the relevant applications for attracting donor funds”, – added Mr. Komendo.