Top 15 messages of the research “Creative Economy – the New Economic Era of the XXI Century”. 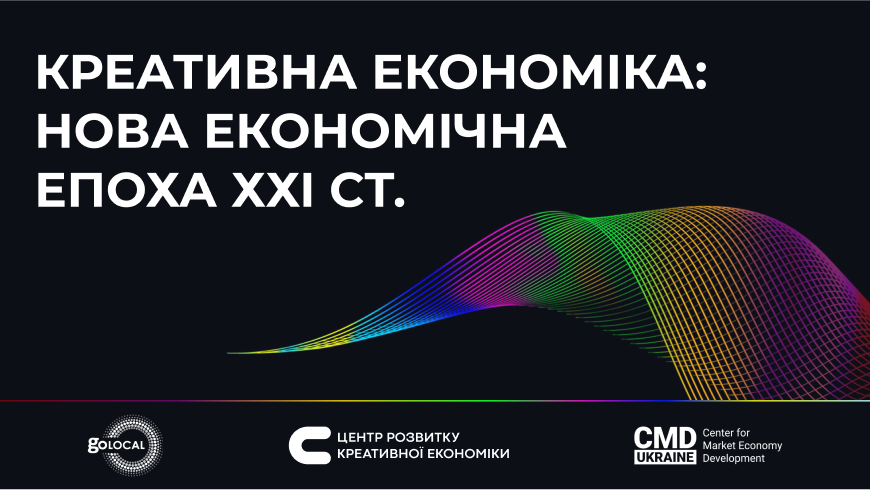 In today’s world, creativity is a key factor in the development of the economy and society. The World Economic Forum (WEF) has identified creativity as one of the core competencies of the future, and the UN General Assembly declared 2021 the International Year of Creative Economy for Old Growth.

The research was conducted to find new opportunities for Ukraine in light of global trends.

A creative economy is an aggregate of economic activities based on knowledge, creativity, intellect, technologies and innovations that have a high potential of profitability and creation of working places.

The creative economy is growing rapidly around the world and already provides 50 million jobs. The global creative goods market has grown over the past 10 years, reaching $509 billion and accounting for 6.1% of global GDP.

The creative economy has a multiplier effect: $100 spent in the creative industries generates another $70-90 in other sectors.

Developed countries are purposefully developing creative economies. They do this to create intellectual capital, jobs, social inclusion, cultural diversity and the development of human potential.

The creative economy is the economy with high potential: while the value of the best artists in the US has grown by 9% on average every year between 2000 and 2018, the S&P500 stock market index lost 8% during that period.

According to international experience, the authorities stimulate the development of the creative economy through tax incentives, affordable loans, grants, subsidies, the creation of infrastructure, etc. It is important to combine the efforts of the state, private and public sectors for the realization of human potential and the development of a creative economy, especially in the regions.

The creative economy can become an important component of the future economic specialization of Ukraine. To this end, the following tools will be useful: irrevocable financial support for startups in the field of the creative economy through the Ukrainian Startup Fund; establishment of a network of creative hubs; cheapening of loans for creative economy subjects.

The creative economy can serve as a “safety cushion” in the context of future large-scale automation and robotization. According to Nesta, 86% of “highly creative” jobs in the US and 87% in the UK have a low risk of automation.

“All countries are now in the creative field. Creativity has become the mantra of our time” – Charles Landry, World Bank expert.

“Creativity is an attribute of the successful development of the new economy” – American economist and social scientist Richard Florida.

The full text of the research is here