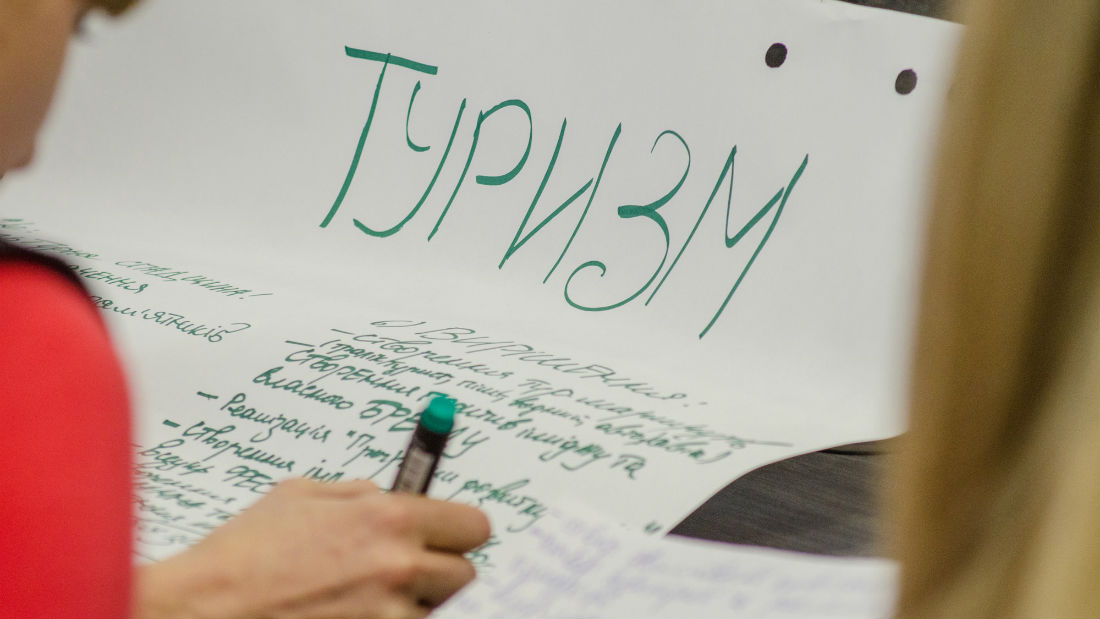 4 key priorities were defined in the Bila Tserkva Development Strategy through 2025: Development and strengthening of civil society; Promoting entrepreneurial activity; Building a modern system of good governance; Life quality improvement. Facilitation of entrepreneurs’ association in clusters for a positive impact on the growth of the economic potential of the city is a part of strengthening entrepreneurship priority.

The development of the tourism sector is often the driving force for the economic growth of the city as well as to the improvement of living standards in general, as the flow of tourists requires investment into infrastructure development and raise of services’ quality.

NGO «GoLOCAL» initiated a creation of tourism cluster with the support partners as one of the contributors into the Bila Tserkva Development Strategy through 2025.

To promote the idea of clusters creation to unite efforts of business, community and government the Bila Tserkva. To initiate the creation of tourism cluster to develop the tourism and small businesses, including by involving international and Ukrainian experts.

January 24, 2017, NGO «GoLOCAL» and Bila Tserkva Strategic Development Agency held a meeting at with the representatives of hotel and restaurant business, municipal improvement services and civic society. The invited speakers were experts from the EU and Ukraine, which presented the concept of tourism cluster and demonstrated existing models of clusters in the world. The further steps for the creation and development of tourism cluster in Bila Tserkva were proposed during the meeting.

February 5, 2017, a strategic session “Business-City-Brand” was held in Bila Tserkva. The objective was to involve government, business and civic society in the process of city’s brand development. Among the participants were representatives of different areas: Mayor of Bila Tserkva, members of the City Council, heads of departments and divisions, designers, architects, artists, entrepreneurs, activists, NGO representatives and others. The strategic session was attended by over one hundred residents and guests of Bila Tserkva.

March 23, 2017, the first constituent assembly of the tourism cluster was held in the Bila Tserkva. During the meeting, the Cluster Board and cluster manager were chosen. It was also decided to register the cluster as NGO to provide it with a legal status.

The Cluster Board includes 7 representatives of businesses, 2 – government representatives, 2 – from the public. It emphasises the active position of the local entrepreneurs. The Cluster General Meeting was, also, created consisting of all signatories of the Memorandum. This body will approve major decisions, work plans and other issues of a strategic nature.